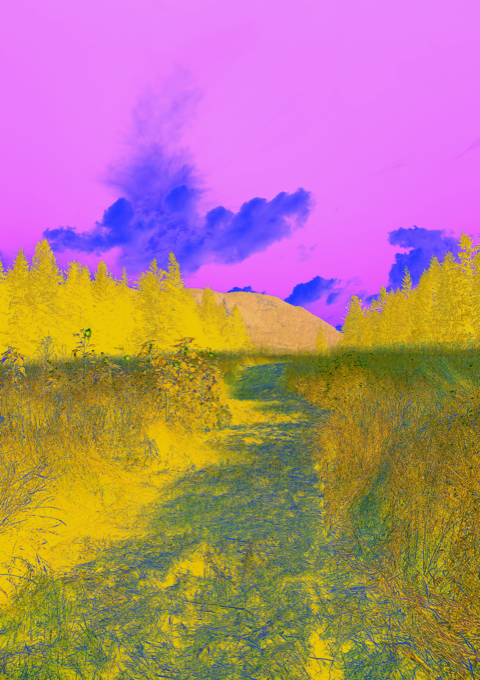 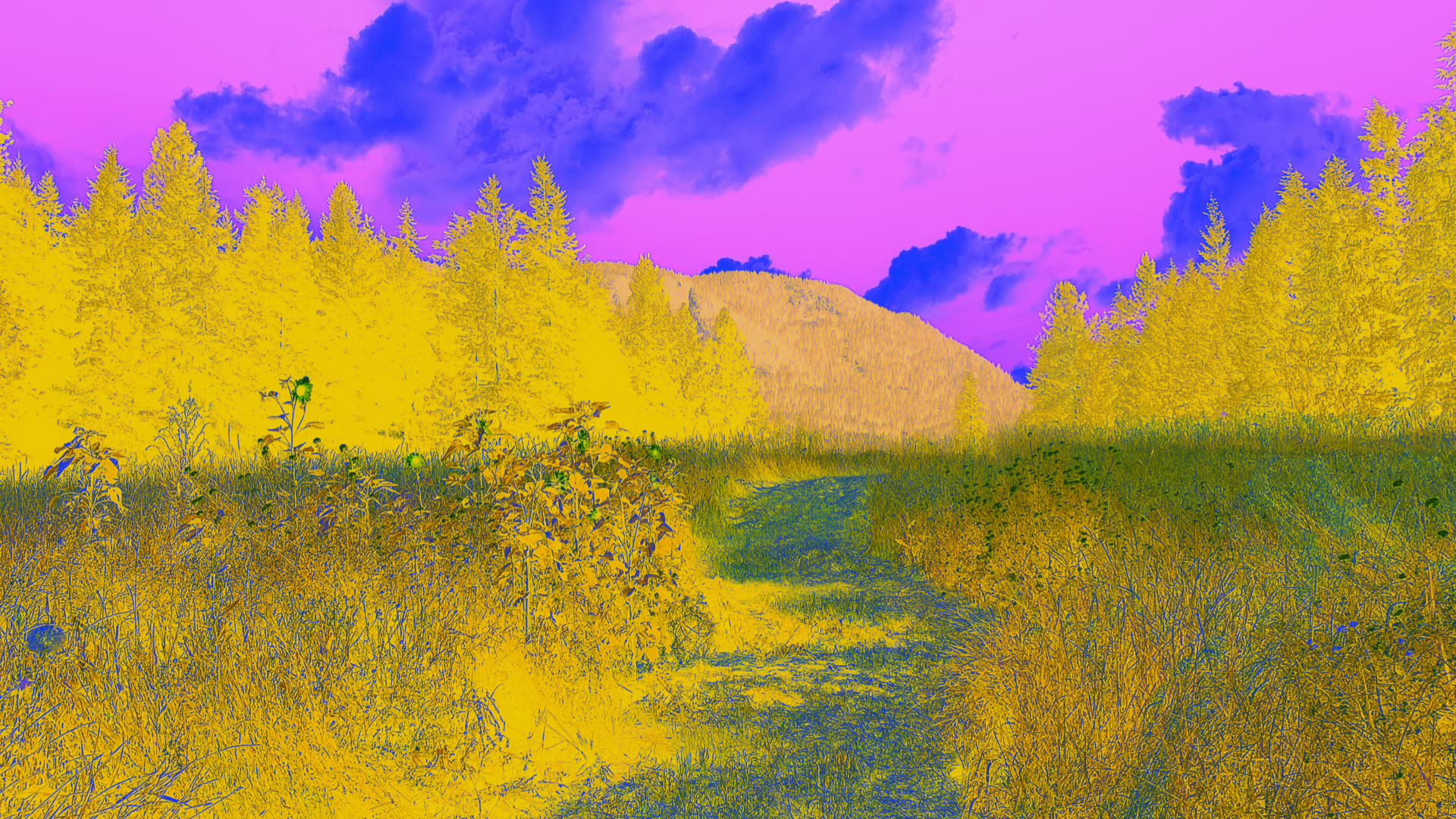 A smorgasbord of audiovignettes skipping through time in the north Okanagan where old wagons’ sleepytime overlooks goldengrey moodycirrus hovering above rings of metallic greenbrown where broken old workhorses unbreak themselves and then disorderly resettle along a fingerpaint arrangement of trippytrail adventurous adventure alongside fir pine goodness just as thunderous tenderous tenuous constellations astrolations shower down on a rumbletumble dustyrusty trail in four auspicious movements.

Derek Chan (陳嘉昊) grew up in colonial Hong Kong, lived in Norway, and now lives and works on the stolen and ancestral lands of the Musqueam, Squamish, and Tsleil-Waututh Nations, colonially known as Vancouver. A playwright, director, performer, translator, and producer, Derek is the Managing Artistic Director of Vancouver Asian Canadian Theatre. Before that, he was co-artistic director of rice & beans theatre from 2010 to 2021. He has also worked with Playwrights Theatre Centre (artistic director apprentice), Vancouver Asian Canadian Theatre (associate artistic producer), and the rEvolver Festival (guest curator). Derek received his BFA in theatre performance from Simon Fraser University. Derek has been a National Arts Centre English Theatre Artist in Residence (19/20) with yellow objects, a new installation-exhibition in support of the ongoing pro-democracy movement in Hong Kong. His play, Chicken Girl (2019/20), won the Sydney Risk Award for Outstanding Original Play by an Emerging Playwright, and was nominated for Outstanding Original Script at the Jessies. He was the co-recipient of the 2021 Simon Fraser University FCAT Young Alumni Award for his work at rice & beans theatre.

Pedro Chamale is a Latinx-Canadian director, playwright, & performer who was born and raised on treaty 8 territory (Chetwynd BC) and now resides and creates on the unceded and traditional lands of the xʷməθkwəy̓əm (Musqueam), Skwxwú7mesh (Squamish), and Səl̓ílwətaɬ (Tsleil-Waututh) Nations. He received his BFA in Theatre Performance from SFU’s School for the Contemporary Arts. He then went on to form rice & beans theatre with Derek Chan, where he served as co-artistic Director until 2021, when he became the sole Artistic Director of the company. Pedro was the Artistic Resident at Neworld Theatre in 2014, the guest curator of the 2018 rEvolver Festival, and was one of the playwrights in the 2019 Playwright’s Lab at the Banff Centre for Arts and Creativity. His recent play Made in Canada: an agricultural operetta was canceled due to the COVID-19 pandemic and was transformed into Made in Canada: a song cycle, released both physically and digitally along with a companion podcast – all of which can be found at micsongcyclce.ca. In 2019, Pedro was part of the second cohort of Banff’s Arts and Culture Leadership program in partnership with the National Theatre School of Canada. Pedro is a founding member of CALTAC (The Canadian Latinx Theatre Artist Coalition) which is an organization that advocates, networks, and celebrates professional Canadian Latinx theatre artists. In 2021 Pedro was the recipient of the SFU Faculty of Communication, Art and Technology’s Young Alumni Award along with rice & beans cofounder Derek Chan. Select Credits: Anywhere But Here (Electric Company), Himmat(Theatre Conspiracy), Selfie, Bull (Rumble Theatre), Broken Tailbone (Nightswimming), Slime (the only animal), Mis Papás (rice & beans), Are We There Yet? (Neworld Theatre), The Show Must Go On (Push Festival). Pedro has also worked behind the scenes with local Vancouver theatre companies such as: Full Circle First Nations Performance, Leaky Heaven, Boca del Lupo, and Neworld Theatre.

Kate De Lorme is a Sound Artist, originally from Kelowna, BC, who’s work integrates immersive spatial sound landscapes, technology and sound healing. She graduated from the University of British Columbia in 2015 with a Bachelor of Fine Arts, majoring in Theatre Design and Production and has a certification in Audio Engineering. Kate has been working in sound design since the age of 16, highly involved and interested in sound’s effect on an audience. As a professional sound designer, her work has been primarily in live performance with a large focus on contemporary dance. Kate’s designs are inclusive of high caliber recording and editing, composition, programming, live mixing and interactivity.