To promote interest in the study and appreciation of the arts in general, and literature, theatre and music in particular.

To provide meaningful, popular, open-air theatre to a large and diverse family audience.

Caravan Farm Theatre is a world leader in large-scale outdoor theatre production: continually investing in our artists and arts practice to innovate and invent.

We are a centre for artistic development: programming classes, workshops and residencies that advance both the professional arts practitioner and the amateur.

We are a public arts space: providing the opportunity for meaningful engagement with arts and culture via year-round access to this extraordinary natural environment.

We are responsible stewards: managing our resources with care, wisdom, and generosity, to ensure the ongoing vitality, prosperity, and relevance of Caravan Farm Theatre. 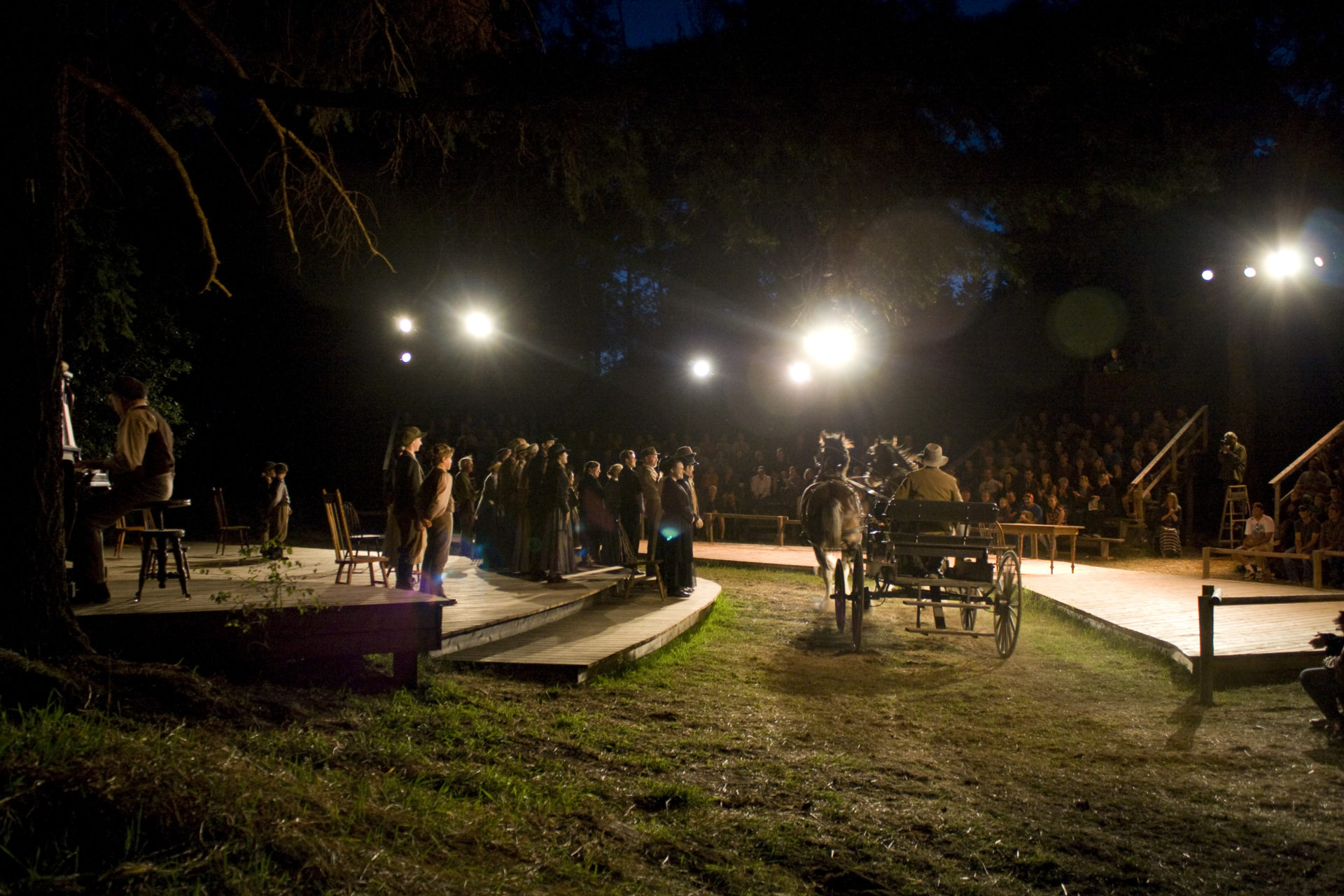 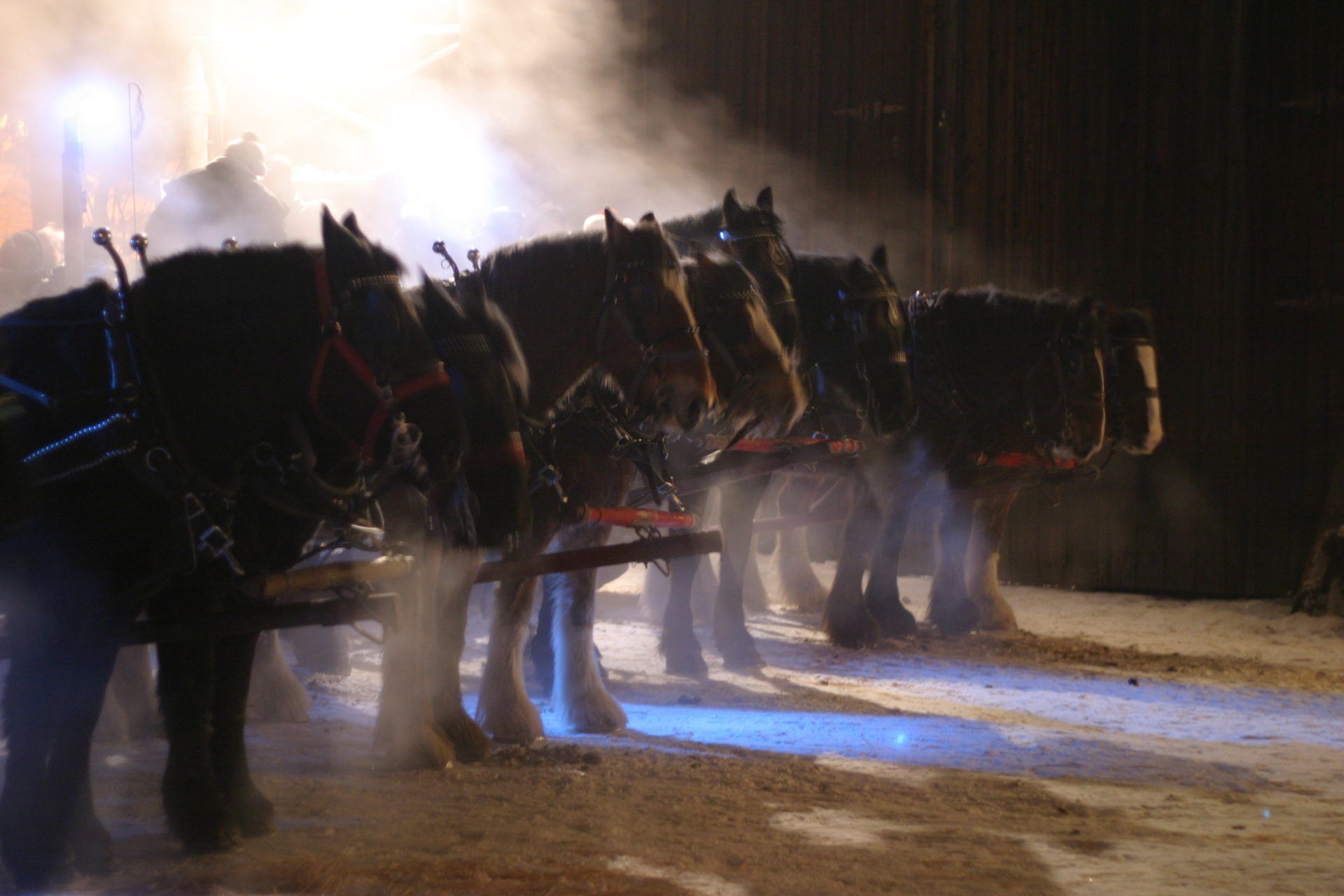 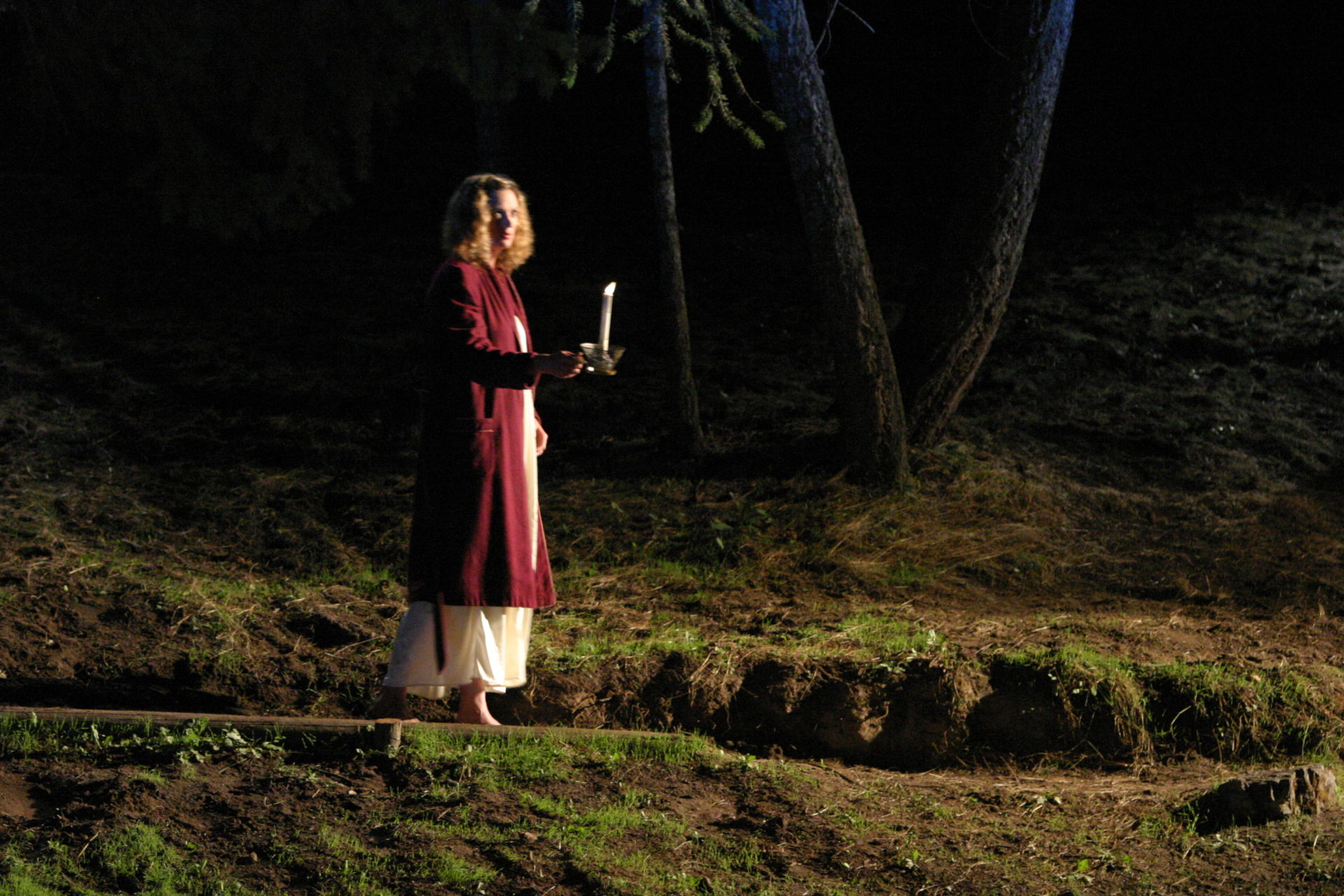 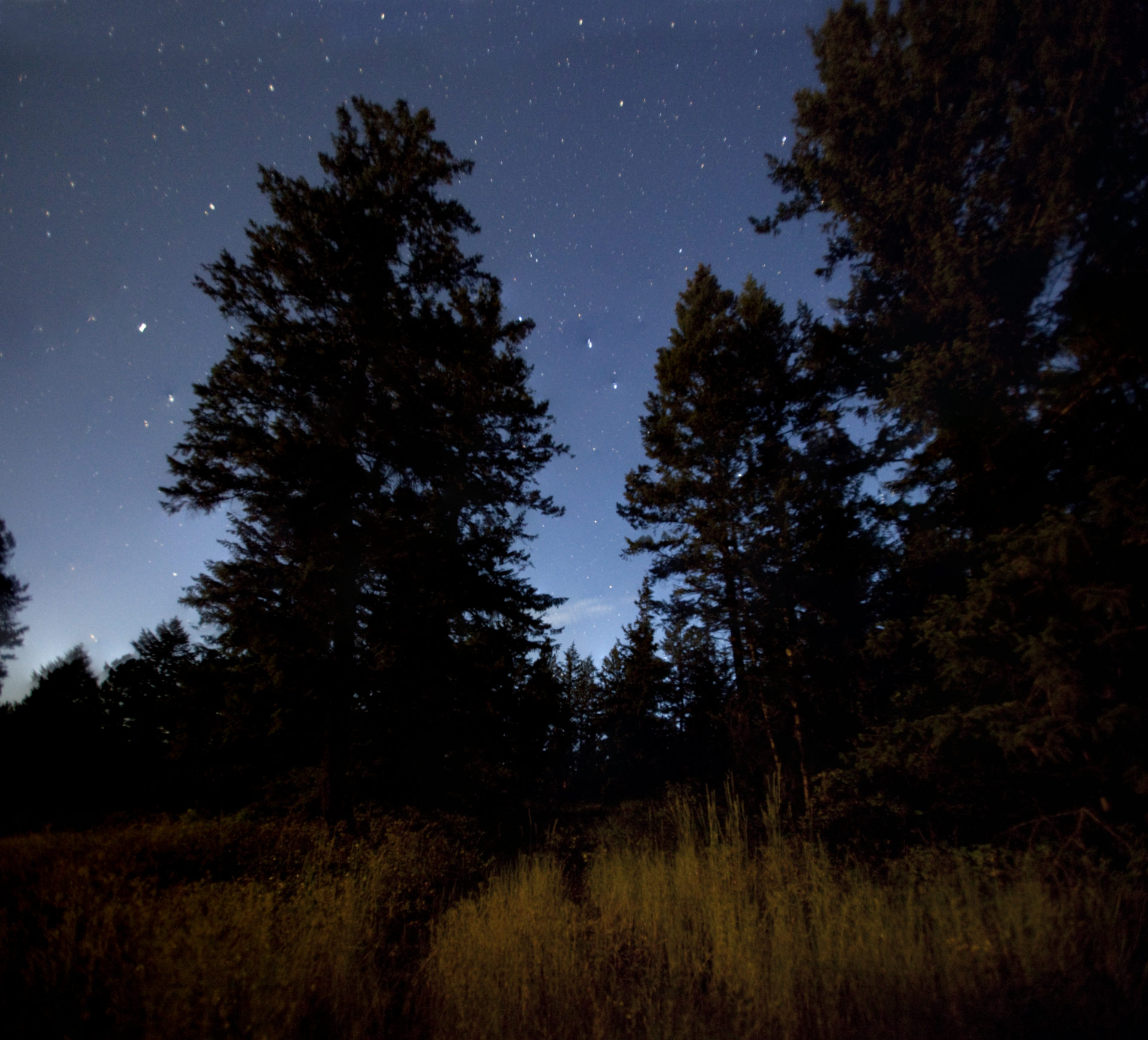 Caravan Farm Theatre is a professional outdoor theatre company based on an eighty-acre farm in the North Okanagan, in the unceded territories of the Secwepemc and Syilx First Nations.

The company began in the early 1970’s as the Caravan Stage Company, an avant-garde horse-drawn touring company that brought experimental, left-wing populist theatre productions to rural communities throughout BC and Alberta. Bertolt Brecht, Carlo Gozzi and Peter Anderson were the playwrights of choice, and the company operated as an ensemble, creating a distinct style and body of work marked by its eclecticism, inclusivity, and audacity.

In 1978 the property was purchased to function as the company’s headquarters and touring base. A local audience quickly developed for theatre events produced on the farm, and in 1985, the company split into two factions:  those that wished to continue touring left with Paul and Nans Kirby as The Caravan Stage Company, and those that stayed behind formed Caravan Farm Theatre.

Throughout the 80’s and 90’s, the company became known for large-scale, spectacular, text-based works, with a particular focus on classics such as Shakespeare and Brecht, and commissions of original full-length musicals. All productions were staged outdoors and featured live music, a genre defying blend of mask, large scale design elements such as horses and vehicles, and site-specific staging.

In the mid-90’s a winter show was added to the season: a one-act play staged outdoors, in various locations on the property, with horse-drawn sleighs transporting audience members from scene to scene. This production built on the company’s legacy of utilizing horsepower to engage a rural audience. The Winter Sleigh Ride show quickly became a local, then regional phenomenon, establishing itself as a seasonal tradition for thousands of families.

In the early 2000’s, The Walk of Terror, an immersive, site specific, processional theatre event, was added to the season. In 2005 the Theatre Artist Residency Program was launched, providing individuals and companies with the opportunity to create and develop their work in a rural environment. In 2018 the company launched the National Playwright’s Retreat, an annual, ten-day retreat for fifteen professional creators, held each spring, led by Vicki Stroich.

We conduct our work on a secluded, eighty acre property ten minutes from a small agriculturally based town. This land is our venue. The fields and forests are our stages. We are not a farm, despite what our name suggests – we are a rural space that has been designed for the production of professional theatre. Our infrastructure includes a wood-heated scene/costume shop and rehearsal space, an office building, washroom and shower facilities, a wood-heated “cookshack” where company members eat their meals, and three roofed open-air structures that function as rehearsal and performance spaces: a gazebo, a decagon structure and a 56 x 100 foot timber frame barn built to house performers and audiences for rained-out shows. We own two sets of movable bleacher systems that each have a capacity of 425 patrons. Fourteen small one-room cabins, two multi-room cabins, and a variety of tent platforms comprise our accommodations.

All of our productions are staged in the open-air, in site specific locations determined by artistic concept, audience capacity, and access to 220 volt power. The outdoor art form has many aesthetic opportunities and restrictions which inform performance style, design aesthetic and production practices. Most importantly, outdoor theatre provides the opportunity to radically reposition the spectator/performer relationship, allowing for a greater degree of engagement, authorship and responsibility for both.

This eighty acres is a gathering place for artists and audiences. A place for assembly. We are the theatre artists country home.

I only started going to the Caravan 2016 — and I wish I had started years earlier.  It is unlike any theatre I have ever seen — there is so much magic! That magic comes from the combination of an amazing setting, high quality work, staging that could never happen anywhere else, and an atmosphere that makes a person feel incredibly welcome and part of a community.  There is also a spirit about the place that I suspect is created by the fact that these theatre artists — many of whom I know and have worked with — are living together in a communal environment; it seems to make them ‘bigger’ and ‘fuller’.